Lynda.com will be discontinued 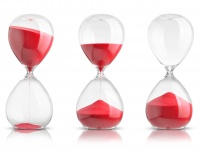 Important news for all users of Lynda.com:
The online learning platform will be accessible for the last time on 31 December 2019. It will be discontinued and associated learning apps will be deactivated. Lynda.com has been purchased. The new provider commercialises the content on a new platform.

Previous user data will be deleted by Lynda.com. Therefore, please make sure to complete your courses and download your certificates, as they will no longer be available after 31 December 2019.

Through the winter with our webinars 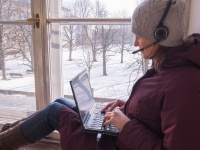 Snow chaos, dirty weather, and cold – it’s not fit to turn a dog out. Why should you leave your warm flat? Nevertheless you can take part in our courses, because many of them are also available as webinars. Just get fit in terms of searching, reference management and citing at home on your couch. That's hygge!

We offer the following webinars free of charge in December, January and February: 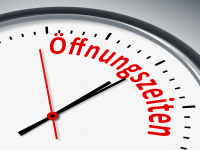 Due to an internal event on Tuesday, 10 December 2019, special opening and service hours apply:

The Branch Library Straubing will be closed all day. All other branch libraries offer regular opening hours. 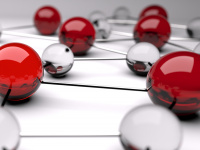 On 25/26 March 2020, the Bibliometrics Forum will take place for the second time at the University Library of the Technical University of Munich.

University libraries have been offering bibliometric services for scientists, faculties and university administrations for several years. Through bibliometric procedures, i.e. the evaluation of publication and citation data, they support researchers in making publications as visible as possible and advise universities on rankings and benchmarking.

The seminar programme includes lectures on fundamental and specific questions of bibliometric practice and offers ample space for discussion and exchange of experience. The event will focus on the question of how the concept of "responsible metrics" can be put into practice. In addition, we seek in joint discussions to delevop solutions for bibliometric assignments for which standard procedures are not available yet.

The event is aimed at colleagues from libraries and academia as well as from university administrations and management who deal with bibliometrics in their work. 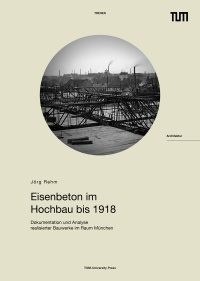 Reinforced concrete became one of the most important materials in the construction industry during the early 20th century. It has a great variety of uses and a high load-bearing capacity.

The architect Jörg Rehm deals with the early years of this revolutionary construction method in his book "Eisenbeton im Hochbau bis 1918", now published in German by TUM.University Press. With a focus on the Munich area, he illuminates the role of planners, architects and authorities and their influence on the development and building history of reinforced concrete.

The author documented numerous Munich buildings, which were created in the early 20th century with reinforced concrete and which remained prominent in the urban landscape until today. With his work, he provides planners and owners, who are currently involved with such buildings, with tools they need to ensure their long-term preservation. The publication closes the gap between art-historical and engineering considerations and thus represents an important compendium for historical building research.

At the same time, the book is a Munich city tour of a special kind, which is also exciting for the interested reader. You would expect a lot behind the magnificent facades of Munich's old buildings, but no concrete!

The 528-page doctoral thesis was written at the TUM Chair of Structural Design (Prof. Barthel) and was published this October by TUM.University Press. It is available in bookshops and online.